Over the last decade the Internet has diversified and enriched the PR industry, with an explosion in mobile devices and faster networks making a vast range of content immediately available to people online.

This has unfortunately led to a decline in the number of printed publications and decimated the circulations of those remaining, reducing the number of available PR opportunities in printed media.

However, it has opened up a wealth of new online PR opportunities for those savvy enough to take advantage of them. One of the most important of these is video content.

When it comes to video content the facts speak for themselves. According to technology giant Cisco, video content now accounts for over half of all Internet data traffic. This is predicted to rise to a staggering 69 per cent by 2017.

Users are clamouring for video content on social media platforms. Between April 2015 and November 2015 the number of daily video views on Facebook doubled from four billion to eight billion.

YouTube says its users spend “hundreds of millions of hours” every day watching video content and recently Snapchat, one of the fastest growing social media platforms, announced viewing figures of 10 billion per day.

These days PR is generally integrated into wider content strategies that encompass both online and offline activity. But when it comes to online the web is cluttered and competition is tough.

Of information transferred to the brain, ninety per cent is visual and the brain processes this 60,000 times faster than text. So the way to stand out is by making campaigns visually engaging.

Video content is a great way to do this and perfectly complements traditional PR tactics such as press releases, case studies, opinion-led articles and new comment. It can also tie in with other digital functions, such as marketing and even HR.

Video content can also massively improve a company’s ranking on major search engines such as Google. Videos often rank in Google in their own right and a website page with a relevant video is more likely to rank well in Google that a page without.

People like to watch and comment on videos. This means that websites with video content benefit from increased engagement and higher numbers of shares, increasing social signals. All this combined with more brand mentions and links from PR significantly improves SEO.

Good PRs should be able to place video content across multiple channels including social media and national or trade news outlets, virtually all of which dedicate areas of their websites to video. It is also possible to secure coverage with major TV broadcasters such as Sky News, which feature expert commentators in their news reports.

Done well, video content can generate hundreds, thousands and even millions of views, massively raising the profile of an individual or company and generating discussion and engagement (key PR metrics). However, creativity is essential. Examples of video content could include:

There is nothing stopping companies conceiving, producing and distributing their own video content if they have these skills internally. Here are our five top tips:

Establishing what a video needs to achieve before diving in is essential. Consider and understand the target audience, the video’s likely impact on a brand or company, how it fits into the overall PR / content strategy and the objectives. For example is the video geared around brand building or lead generation?

Create a storyboard template for the shoot. This will show how each shot in the shoot is represented visually through either elaborate drawings or rough sketches. This will help the director, editor, camera operator and any actors put the video together. If you can’t draw don’t worry, a variety of storyboard software is available online.

Video production doesn’t need to be expensive, but be sure to have the proper equipment for the task at hand. A decent camera is obviously a must and for those on a budget sometimes even one of the latest smartphones will suffice. There are various editing packages available, but Adobe Premier Pro and Apple’s Final Cut Pro are professional level. Invest in lighting and a good external microphone for crisp audio recording.

Stick closely to the storyboard template to keep the shoot focussed and plan multiple shots from different angles. Not completely happy with a take? Do another. It will make the edit simpler and makes for a far better video. A retake is also far more cost efficient than deciding you don’t like the footage after the shoot and having to set up another.

Consider the target audience carefully and be creative with distribution channels. It is often appropriate to use a multitude of channels and these do not stop at a company’s Facebook or YouTube page. Why not engage viewers on their own channels for instance? Make the video shareable and keep the length down to around a minute or less for maximum impact.

Of course you could always hire a professional creative agency, one that specialises in filming and editing outstanding video content. It isn’t as expensive as you might think and comes with a wide range of benefits. Interested? Contact jim@mediamatters-pr.co.uk for more information. 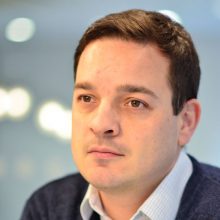 Jim joined our team from a PR agency in sunny Brighton with extensive B2B and B2C experience. Loving the variety of PR, along with the buzz from getting a great editorial placement, Jim sticks to the ethos that if the client if happy, he’s happy.

As Media Matters’ resident DJ (okay, not in the office – just at weekends!), Jim also enjoys taking time out to spend with his wife and son and heading off on hikes with his Jack Russell, Turbo.